Golden is the best way to describe this adorable duo. A golden friendship, a golden family, and a golden life.

First came Scout. At nine weeks old, he was brought home from a service dog organization near Daytona, Florida. The fluffy, sweet, adorably clumsy puppy happily settled into his forever home. Lover of all living things, Scout has never met a person or animal he didn’t like. So strong is his love that his excited tail may knock over tiny humans. Scout’s favourite activity of all time is swimming. Rain or shine, Scout sees water and must dive in immediately. So much playing means Scout has a solid appetite, and if dinnertime isn’t close enough, he has been known to misappropriate other people’s food. We’re not pointing paws here, but if you’re wondering who stole your snack, check in with Scout first.

Not long after joining the family, Scout began scratching at his belly and licking at his paws a lot. A trip to the vet and some medication seemed like the solution – but the symptoms always returned.

After hearing about ACANA, Scout’s mom started him on the Wild Atlantic recipe. The fish-based diet contains fish oil – an ingredient that greatly benefits skin and coat health.

A year after Scout, a sister arrived for him. Fellow Golden Retriever Sydney, with her affectionate and playful personality, was the perfect addition to the family and immediately bonded with Scout. A confident and assertive lady, Sydney takes her job as Little Sister very seriously. She is a strong believer in the What’s Yours is Mine philosophy, never missing an opportunity to boss Scout around and be first in line, for anything. She believes that it’s best if she examines every toy, tastes every morsel, and experiences every cuddle before Scout. Or instead of him. It’s not stealing if you’re doing it for the well-being of your dogbrother, right?

Sydney has always been fed the same ACANA recipe as Scout, and the two are so excited for meal times that their tails are wagging, and mouths are watering, as soon as the scoop reaches into the bag.

Scout and Sydney, and their humans Griffin and Ondine, welcomed human siblings Benjamin and Josephine over the last two years, completing their family. Ben is very familiar with the power behind Scout’s excited tail and the joys of cuddling on the couch with his best friends. The Golden Duo are healthy and thriving, living their lives by their own philosophy: Don’t Stop Retrievin’. 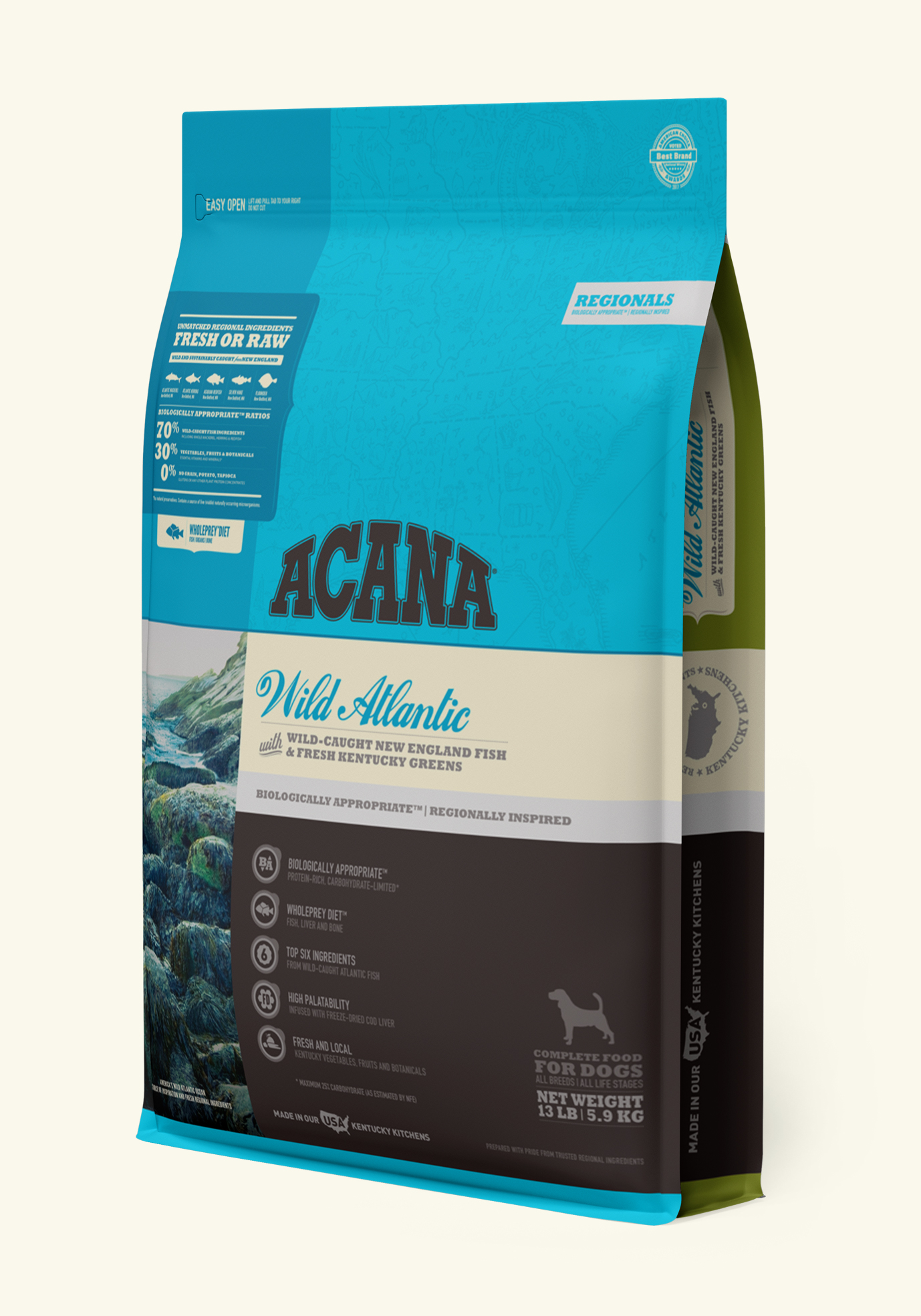 ACANA is committed to protecting your personal information, as outlined in our Privacy Policy. © 2019 Champion Petfoods. All rights reserved.